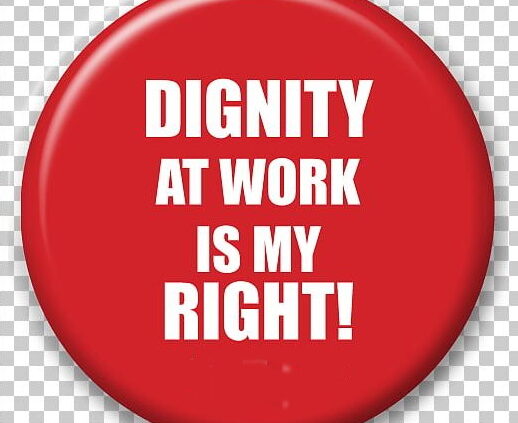 The Instinct of Dignity

No doubt about it, the psychological factors in determining social behavior, not the technical factors in the situation, always set the stage for task action selection, propelling things toward success or failure. The Second Law makes status quo, staying put, impossible. In attempting to improve social system wellbeing, psychological alignment with the requisites of goal-seeking success is paramount. For the workforce, goal-seeking performance is paramount. When healthy relationships are established, as in Plan B, social systems flourish. When social systems harbor value conflicts, entitled consumers vs producers, as in Plan A, nothing gets resolved and the organizations languish. All organizational behavior is channelled by the social environment.

Nobody is socialized or educated or encouraged to put consideration of the psychological factors of the social context ahead of taking task action. As a result, nobrainer business-as-usual social behavior, orchestrated by the subconscious mind, has established a miserable record of inciting warfare and other sorts of significant social system failures. Via your endocrine system, the loss of dignity that ensues, angst, cascades a slew of consequences to your physical health.

Avoidance of the psychological factors of social behavior does not change their paramount role in selecting effective task actions. It just makes the selection process in use highly prone to making grievous errors that stream catastrophes on to the world stage every day. If you really want to fix a malperforming organization, you really have to replace its psychological undercarriage with one that works. All else is accepting unnecessary failure, such as the ongoing recession, to placate the infallible ruling class.

We engage in silence breaking about the many psychological factors of the workplace because there is no other way but open discussion of significant constraints and impasses to attain organizational success. Technical expertise is no match against a hostile working environment. Fully socialized and then brainwashed by academia, we wasted four decades trying to prove otherwise.

Herein the many interconnected psychological factors are rolled-up and packaged as the instinct of dignity. It is an ensemble of psychological mindsets. Everyone knows when they have dignity at work and when they don’t. Individual assessment of his dignity is always correct for the individual. The state of dignity of others is readily recognized as such by the subconscious mind, in a centisecond. You can say you have workplace dignity when you don’t, but no one’s subconscious is being fooled. Just like facial recognition, your subconscious mind can detect the absence of dignity on sight. The worker, going ca’canny, reciprocity against abuse from management, gains satisfaction from reciprocal action but his self image as a producer attenuates his dignity in the process. Something does not feel right about holding back.

The more we learn about the psychological engine of social behavior, the more we appreciate its complexity and resiliency. Incessantly changing as technical conditions change, social behavior has uncountable entwined causes and cascading effects that never seem to reach closure. The fact contemporary Establishments choose to ignore these human factors critical to success, fully accounts for the sorry state of national affairs around the globe. It’s all the same defect in applied social intelligence.

We have been licensed professional engineers for decades and have yet to encounter an engineer, manager, or scientist, including sociologists and psychologists, eager to learn the fundamental mechanisms of action that drives dysfunctional social behavior. Our personal advantage is that we have the answer book, published on this website, and can demonstrate its validity on any organization, including yours. Since 2013, we have claimed the competency exists to take any languishing Plan A organization and transpose it, as-is, into a flourishing enterprise. You can visit implementations and evaluate the extraordinary claim for yourself.

With the experience of implementing Plan Bs, and practicing the appropriate psychology with the keystones, there is proof positive for us that sociotechnology works. And that means everything to the future trajectory of humanity. Yes, it’s a very large, profound concept to get your mind around and its implications for living boggle the mind.

There are two forms of dignity. Inherent dignity comes from being human, possessing the Homo sapiens genome and the instincts that come with it. Instinct is defined as the natural tendency that a person has to behave or react in a particular way. The tendency does not involve cognitive effort.

Earned dignity comes from taking appropriate action – resisting infringements on your dignity and exercising your instinct of workmanship. All flourishing social systems, top to bottom, have earned dignity. They can’t flourish any other way. There are no losing echelons of the organization in Plan B.

Malfunctioning organizations can have no dignity, top to bottom. What’s there to be proud of?

General facts and remarks about dignity at work

General remarks on the instinct of workmanship

There are several ways to establish dignity. All involve your cognitive apparatus and intelligent effort. It can be achieved through camaraderie, building trust and solidarity with coworkers. Working toward earned dignity requires purposive, considered, and creative effort even as dysfunctional workplaces deny dignity and infringe on well-being. Many quotes about dignity in the literature attest to its significance: 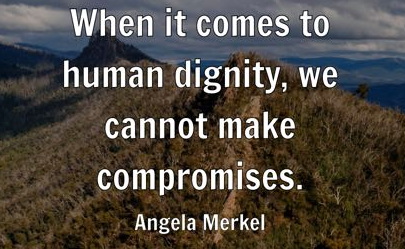 The role of management in worker self-respect

Over the last two centuries, much has been written about the management and worker relationship. Some quotes:

Roles of the organization

Role of the keystone in dignity at work

As the only viable entryway into organizational culture, the keystone, always a man in the middle, is the focal point of attention in the Front Line Leader Program (FLLP) run by interventionists. Keystones are the only ones who have the ability to create either a workplace culture of respect and dignity or a culture of disrespect and disorganization. Regarding social status, keystones have nothing to lose. They are not players in management’s value system.

Be mindful that bureaucracies, academics, and managers deliberately fail to recognize the significant autonomous and creative dimensions of the workforce. Science only looks at workplace productivity through the lense of top-down authoritative control by the ruling class where trust is assumed to be non-existent and worker inputs of creativity and workmanship are non-starters and theoretically inconsequential.

Workers earning dignity at work comprise a huge untapped reservoir for bringing prosperity to the organization. Unrealized human potential is, by far, the greatest asset for building a flourishing organization. It is the drive wheel of productivity and competitive advantage.

After he has been enlightened to his role by the interventionist, the keystone begins to concern himself with bringing dignity at work to his squad of workers, win-win. He has learned that:

Remarks from the interventionists 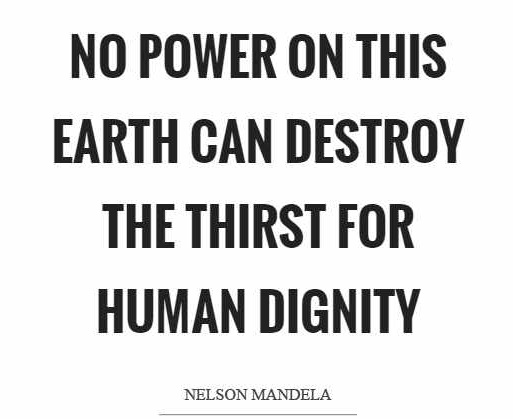