Drone View of the System 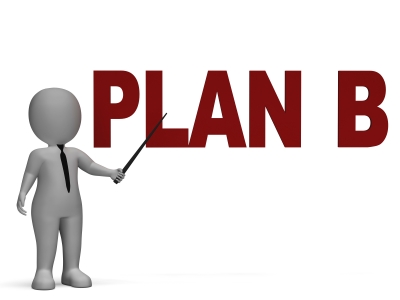 A high-level overview on system Plan B

This page is a drone view of system Plan B. It provides a structure for gaining a general understanding of the key players and the scope and sequence of Plan B implementation.

The value of the step-back, look-up systems view is the ability to tie the operational reality to the laws of the universe to a standard called scrutable connectivity. In one stroke this attainment creates social power and eliminates opinion-based conflicts. All reality-deniers, all reductionists, are powerless against this capability. Think Buck Rogers’ ray gun.

Experience in systems-think world has taught us that every perspective on the target system, metal or flesh, adds value to goal seeking, especially for the creativity-rich process of elimination (POE). Every perspective must satisfy the conservation of “system” law – that it must encompass the whole system, no more and no less, as the quantitative reference standard. Structure is how, exactly, outrageous complexity can be shrunk to fit into a single human brain. The rack to hang the data on, structure is the essence of all system entropy extraction. No entropy extraction and soon no system.

Every external perspective structures the system in a different way. Structure is the essential tool of systems think and forming one is a creative act. One system perspective does not, by itself, point to any other.  The structure presented on this page breaks the functionalities of Plan B down to the four roles of the social system that collaborate to comprise it.  The roles are personalized and together produce and maintain Plan B functionality. You can understand the functions of each role and how the roles knit together.

Since you have to be aligned with reality in any case, make the connection explicit and reap the benefits. It is your escape from the reality-denial opinion business and your ticket to the world of reality-informed decision-making. Those who possess this psychological weapon can ruin anyone.

“Natural law is how we tie the Plan B ideology to reality. That’s how we do it. How do you tie your approach to natural law?” Catatonia delivered.

This is the allocation of requisite functions to the 4 roles. Apprentice, Master, Practitioner, Interventionist – A,M,P,I.

Interventionist milestones for Plan B

Distinctions of Plan B

This is, by far, the most populated level of the organizational hierarchy, 75% of total staff

Workers are apprentices to their keystone “masters.” This hierarchical relationship has been uniformly successful in social species for millions of years. That’s why it is encoded in our genome and still predominant. It works generation after generation. It sets the criteria for social system flourishing.

The apprentices work cheek by jowl with the master, taking his assignments and his work-in-process suggestions. In getting to adulthood, everyone has been in an apprentice/master, worker/foreman relationship. It is basic training in obedience to authority.

The proven template of the master/apprentice relationship sets the reference standard of scope and responsibility. No other level in the hierarchy has a scope of work and responsibility comparable to the foreman, comprising 10% of the total staff. This unique scope is the source of the social power accruing to the keystone role. With unity of command, he is the go-to man of the organization. His role cannot be bypassed. Taylorism tried for decades and wasted billion$ in futile attempts, sunk costs.

The ancient template of the master/apprentice relationship sets the reference standard of scope and obligation. No other level in the hierarchy has such an extensive spectrum of work and span of responsibility. This unique source of social power is available only to the keystone/MitM. If the keystone fails his role, the functions he produces have nowhere else to source. He is the go-to man of the organization’s revenue stream.

His technical skills are supplemented with human relations skills. His span of outcome responsibility automatically calls for autonomy. For all practical purposes he only reports to himself.

This role emerged from necessity when process systems became too complex and interconnected for anyone to encompass. Computer power allowed a level of complexity reduction that allowed a systems practitioner to run candidate process systems to measure their performance – without having to build them and their proving grounds for real.

He is the validator of the Franceschi Fitting (FF). As feature follows function, function follows system purpose as expressed by the FF at the physical functions level – an invention.

Using modular modelling software packages, he runs simulations of the target technical system to show that the Franceschi allocation of physical functions in the system delivers the system purpose.

The system model/dynamic simulator is the explicit tie (scrutable connectivity) of the Plan B process to natural law. Because the modular modelling software is necessarily constructed on natural law, so it can work by mathematical physics and not table lookup, the simulation will not compile until the specified menu of baseline data on the system configuration and parameterization is supplied.

When a robust dynamic simulation has been assembled and validated against real-world operational data, through use the model eventually becomes the backbone of a feedforward control system algorithm able to uncover emergent behavior in large, hierarchical process systems so that preventative action can be taken.

This role emerged from necessity when the Plan A hierarchical system became dysfunctional. The Gödel/Einstein maxim and the Nash Equilibrium team up to prevent the Plan A organization, once it turned rotten, from restoring its health. History harbors no exceptions.

The interventionist is an autonomous outsider with the sociotechnical competency and proven track record to transpose a languishing Plan A hierarchy, as-is, to a flourishing Plan B and keep it there. He can demonstrate any part of the transposition process you select on your own organization.

The ideological transposition process is, by necessity, fully transparent and scrutably connected to natural law, which explains why it is generic to any social system. The common denominator of social life is the human, Homo sapiens, endowed with a copy of the genome evolved over eons to support Stone Age survival of our species. The only exception for Homo, among other social species, is the capability of modifying his social behavior by overriding the imperatives emanating from his genome to adapt to the operational reality.

The interventionist is responsible for the ideological “system” of the tall hierarchy. He is thoroughly schooled in and experienced with the dynamic simulation works of Rudolf Starkermann, a practitioner on social systems. He designs, develops, and runs the FLLP, which is the vehicle that brings the keystones up to speed with Plan B ideology.

He is a veteran of many projects of various kinds and sizes. A professional engineer, he gets familiar with the technical system of the engagement in less than thirty days. He obtains management sign-off on the stop rules, the only management task in the entire affair.

People size-up the interventionist as someone who has his act together and is at psychological peace with himself within one second of their first encounter. He builds trust with each keystone within the first month. He is the go-to man for the keystones and the systems practitioner. The interventionist is the only one with proper legitimacy, taking responsibility for Plan B success and stakeholder satisfaction. Otherwise, stakeholders have no authentic advocate in Plan A.