Fix for the MitM 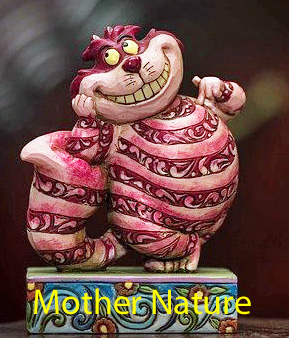 Choosing your way of life is an inalienable right. You have the right to live and the liberty to make a fool of yourself. In the pursuit of happiness you must be free to choose what’s good for you by weeding out the wrong. The first step in the process of overwriting Plan A with Plan B is angst blowdown. Angst consumes, wastes, and confiscates the internal energy it takes to make it to Plan B.

The psychological health fix for the solo MitM is settled business. It is the first milestone in the FLLP. Since the MitM has no social status to defend, he is open to evidence and reason. He responds well to the matter-of-fact approach to his angst. He welcomes silence-breaking. He understands ecosystem law and the clandestine entryway to his subconscious mind is received as fitting with his experience. Knowledge of the mechanisms of action of Plan A, especially the bait ball, is frequently enough to vent his angst tank, yelling “Ho Lee Schmidt” in the process. Everyone vents at their own time, of course, but hyperlearning settings with their peers has cut the maximum time to less than a month.

If you want some control over your world, your way of life, considerable cognitive effort must be invested. It is associated with making and implementing right choices based upon knowledge of cause and effect of the particulars. Plain and simple, in an unjust system you cannot reach and maintain your happy way of life without cognitive and physical health. Plan B is a just social system ideology that works.

False mental models of reality to be displaced with truth. Giveups include:

For the case of transmuting between Plan A and Plan B, resilient psychological health comes slightly before physical health. Reality one is that everyone involved in Plan A enters the process as psychologically-damaged goods. While it is possible and popular to reduce emotional stress by standalone physical and chemical means, the effects are always fleeting. Returning to the toxic social context of Plan A quickly raises angst to pre-exercise levels. You’ve been there.

A step improvement in psychological health is essential to release your internal energy supply that was commandeered by the authorities, without your knowledge or your consent. No available internal energy, no Plan B.  That’s why the first milestone is angst blowdown. Psychological health comes with self-confidence from skill with the methods that successfully deal with the operational reality, the vicissitudes of life. The bait ball cannot solve problems.

You always have control of your efforts. Your subconscious puts imperatives on your teleprompter display but your conscious mind has absolute veto power. Brave insolence. Over the years of subconscious triage, we have learned that the subconscious mind adjusts to the fact it can’t get away with centisecond choice-making.  The result is fewer really bad choices on the teleprompter.  We don’t take this supposition as fact.

Your subconscious has no social intelligence and never will. It had millennia to show humanity what it had and the record of carnage it created speaks for itself. How could anyone pass the social behavior of the globe off as intelligent? The bonanza of Plan B is simply the difference in applied social intelligence. The distinction between prosperity and self-annihilation is impossible for anyone to miss.

Punishing those you depend on

Psychological health comes before you can acquire physical health. It is hard to get into your physical health regimen when you are crippled with insecurity and anxiety. There are patterns of social behavior that are significant, ubiquitous, hierarchical, and psychotic-grade irrational. Like shooting a hole in your own boat, they are covered up and deliberately avoided by the social and psychological sciences. These crimes of authority go unnamed.

One example in this category of social behavior exhibits in the ruling class of a social system which, like all hierarchies is dependent upon the producing classes for its own sustenance and survival. The authorities abuse the working classes, especially the keystones of the workforce, with legal impunity. While the law covers domestic cases, for corporate abuse of its workforce the law provides immunity to the rulers.

is that the causes of this betrayal of social intelligence action are deep in invariant human nature, our Stone Age model genome. It is an equal opportunity psychosis accepted by the entire social system as business as usual, the crime of obedience. One tool to use that sounds alarms is POSIWID. You work back from what is actually done and contemplate what goals could possibly make this crime of authority rational.

Since invariant human nature is a strong candidate to be the primary cause of the workforce abuse, we took that pattern and investigated what experts with psychosis can recognize in their clinical experience. It didn’t take long to find a hit that has stood the test of time. For domestic cases of abuse, the professions of social behavior have produced tons of research material and applied the developed knowledge in attempts to fix the problem. Thousands of books and articles on this subject, psychological violence and abuse, are available. Clinics are everywhere. It is reality-denial on a colossal scale.

On the real causes and an effective fix, with implementations to visit and evaluate, there is nothing. We didn’t come this far to only get this far. Letting the menace grow is not a cure. To understand the mechanisms of action of workforce abuse is great anxiety-reducing therapy.

It turns out that the behavioral patterns of organizational dysfunction coincide with the those of domestic abuse. Getting to Plan B taught us that this matter is a psychological system matter. When the failing ideological system was transposed to a prosperous ideological system with no losers, the abuse problem disappeared by itself instantly. Indistinguishable from magic.

What the professionals report

Abusers feel powerless. They don’t act insecure to cover up the truth. In fact, they’re often bullies. The one thing they all have in common is that their motive is to have power over their victim. This is because they don’t feel that they have personal power, regardless of worldly success. To them, communication is a win-lose game.

They often have the following personality profile:

Most victims of domestic abuse respond in a rational way: They explain themselves and believe that the abuser is interested in what they have to say. This lets abusers know that they’ve won and have control. Most victims placate and appease an abuser to deescalate tension and the risk of harm. It rarely works, and abuse typically continues.

Recognize the Cycle of Violence:

Sometimes, the threat of violence is all the abuser needs to control you, like a terrorist. After an attack, abusers say how sorry they are and promise never to repeat it. Do not believe their promise.

Fueling the A to B journey

The intuitive aversion to Plan B has many roots, each with an element of truth. One such aversion is cognitive overload. The brain consumes glucose as its energy supply for Plan B system think that is mountainous compared to Plan A. Glucose consumption rates are a direct measure of applied intelligence.

The brain needs glucose in order to perform its basic functions, as well as the higher-order executive functions, such as making decisions, focusing, or doing mental calculations. Since glucose can’t get there directly, glucose from blood enters the brain by a transport protein. Glucose is the primary energy substrate of the brain. Glucose transport protein (GLUT-1) is highly enriched in brain capillary endothelial cells. These transporters carry glucose molecules through the blood brain barrier.

Since the brain lacks fuel stores, it requires a continuous supply of glucose. It consumes about 120 g daily, which corresponds to an energy input of about 420 kcal (1760 kJ), accounting for some 60% of the utilization of glucose by the whole body in the resting state. The brain uses up more glucose during challenging mental tasks. At its most severe, insufficient glucose flow to the brain can cause confusion, seizures, and loss of consciousness. It’s an excuse we often use to explain our aberrant behavior – to no avail.

Studies show that dips in glucose availability in the brain can have a negative impact on attention, memory and learning, and that administering glucose can enhance these aspects of cognitive function. The more intelligent a person is, the more energy his brain consumes. The energy stores in the brain are extremely small when compared with its high rate of glucose consumption. That is why, exactly, FLLP episodes are limited to two hours and episodes are spaced a month apart to allow time for the keystone to test the Plan B concepts he picked up at the previous episode on his crew.