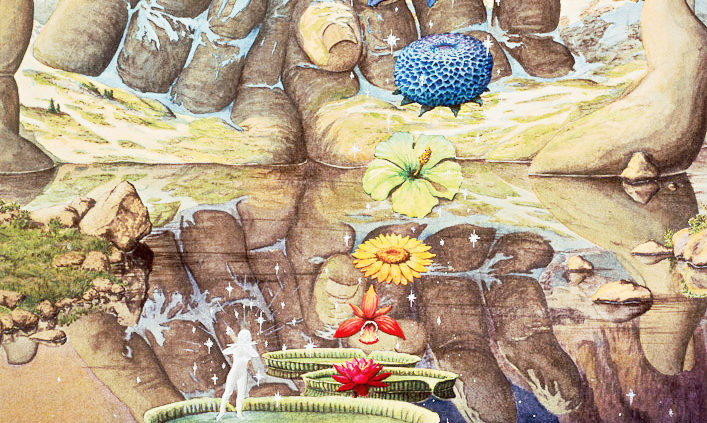 While learning about social behavior is our primary vocation, where open mindedness is a necessity, there are some iron principles learned from Plan B implementation experience for which compromise is impossible, our position inflexible. It is a condition of our professional license as the engineer of record to alert management and withdraw from a project destined to fail, and we are required to know early-on when that is the case. We have ricocheted to the level of its central causatiob, found it, fixed it, and validated Plan B ideology by multiple applications, all available to you for examination and evaluation on living implementations.

The world societies are an unmitigated mess of dysfunction on a grand scale, fractal, reflected in the health of their citizens. The cause of this global calamity cannot be found amongst its wreckage (Gödel/Einstein). It resides in a level of abstraction above the level of the carnage. The industrial capitalist revolution has undermined and toppled institutions of all sizes and ages, taking with them benevolent systems of authority, status, belief, and community.

The generic fix for Plan A, Plan B, is our benchmark of progress. Towards that end there is nothing in dissecting the cadavers of Plan A that can be useful. Plan A is fractally wrong. Our position regarding this website offering is to emphasize the knowledge of Plan B and keep the knowledge of Plan A in perspective as the unavoidable consequences for getting social flourishing wrong. When you live the happy excitements of Plan B every day, as we do, following the shenanigans of Plan A is ludicrous.

The elements of our non-negotiable position we call stop rules. Violation of a stop rule automatically scrubs the effort. NASA learned about stop rules for launching rockets the hard way.  For Plan A NASA, it took the loss of two shuttles to get there. The stop rules for Plan B installation are widely distributed before the A-B process, FLLP, is launched.

When you have fractal, entangled causses and effects, only a system fix can deliver. Happiness attainment is an example. Failing to recognize when a system fix is the only fix possible is a very costly mistake. It prevents solving the unhappiness problem while it diverts resources to fiddle with elements that are bound by the Nash Equilibrium to repel change. Organizational dysfunction is another example where piecemeal efforts fail. Good intentions have nothing to do with this result. In fractal cause/effect situations, the process of elimination is the only known method available that can collide with the primary-cause system solution, if there is one.

Reality denial cannot long survive encounters with reality. Reality is the curse on the imposter syndrome. There is considerable evidence to support the claim that reality-denial is a significant factor in the majority of mental illness cases. We were having floods of self-doubts until this connection was recognized. Happiness requires problem-solving competency for the must-solve problems that are incessantly dished up by reality. Any ideology that does not help solve reality’s riddles is an obstacle to happiness.

Our apex stop rule is orientation to the operational reality. If you are not fully centered on the authentic causes and effects of social dynamics, any engagement with Plan B ideology will be lose lose. Consumers who deny reality cannot improve themselves and no one can attain and sustain happiness for them. When the person is into social status by authority he cannot also be into performance. The pilgrimage to happiness is tough enough for the reality-centered. For those in reality denial, it’s the pursuit of the impossible. Disconnect and distance.

The need for a sense of universal responsibility affects every aspect of modern life. Dali lama

For the producer, there are two riddles blocking the way to a flourishing Plan B that must be answered to attain it.

These impasses have little in common except the innate limitations of the brain. To solve one riddle provides no traction for solving the other.  When you’re working on a system problem, failure of a candidate fix points nowhere. The dominion of the material barrier is natural law, mathematical physics. The sphere of the psychological barrier is human nature, our Stone Age DNA.

Having been through the war for flourishing, we have a hard position on each barrier. We are intolerant of positions and practices proven to be counterproductive 100% of the time. We have been punished by Nature for attempting to defy her ecosystem laws. While we welcome feedback of any sort, we don’t engage with hard-core entitled consumers in reality denial.

The conception of a community as consisting of castes or classes whose interests are naturally opposed is scientifically false and politically dangerous. When their vision is limited by a wrong conception of the group, it can lead only to anarchy and disintegration. Aristotle, 320 BCE

Our stipulation on Plan B has been sealed by successful implementations using a battlefield-proven generic paradigm. The riddle of impasse one, material-reality multiplicity, has been solved. It had to be solved before the impasse two riddle identified itself. The hidden second barrier is an ambush T-Rex carnivore.

The evidence for the claims is far more extraordinary than the windfall claims themselves. No effort will be made to explain, derive, or justify Plan B beyond the website galleries herein. Success features transparency and scrutable connectivity to natural law. Invitation to examine and evaluate active implementations completes our duty to Popper Plan B. Superior validation to hands-on, that the first riddle has been solved, is impossible. That’s why it’s incontrovertible (Popper).

The logic for validation by auditing implementations is solid. Proof by any other means, such as mathematical physics, can be denied with “Show me.” If it’s true, it has to be materially demonstrable. In that regard, the concepts of Plan B can be demonstrated using your shop anywhere, anytime. You will discover that “show me” is a big lie. Opinions have no traction with indifferent natural law. Entitled consumers have no interest in learning about the natural laws that channel their lives.

Since 2014, All efforts in our R&D have been focused on the psychological prime movers, the socio-pathology of Plan B rejection. Rejecting Plan B is rejecting the reality of workforce health and safety.

The failure of Plan B to migrate is a tough cookie. In the last year alone, over eight new dimensions to the barrier have been uncovered. While it’s always good to learn about the previously-unrecognized dimensions, the complexity of variable, circulating interactions makes for mind-blowing multi-dimensional complexity.

To wit. Does your depletion in brain glucose from protracted cognitive focus instruct your endocrine system to escalate the stress of fear? Does your migraine deaden your analytical skills? Are you having a “bad” day? There’s no end to the network of factors that impinge on the choice to go Plan B, or not. Experience proved that the only level that has no stake in social status is the workmaster keystone. All other levels are fixated on social status by authority, engaging in counterfeit zero-sum competition where the winners and losers are always in reality denial.

For multi-dimensional riddles like the invisible social dysfunction network, the only procedure of building knowledge for this impasse is the process of elimination. It is easy to identify those “solutions” that repeatedly failed. It is harder to accept that all “solutions” offered by academia and marketing agencies, have failed miserably. Nothing from the conventional playbook has succeeded. Not a thing.

Our position on riddle two is to leave it be. We work with the possible (producers) and avoid diluting our efforts pursuing the impossible (entitled authorities). The final impasse might be, like dark matter, a riddle in perpetuity. Reality-deniers cannot contribute to bringing prosperity to the organization.

Our dismal record with impasse two, 1980-2022, served to validate the principles.

The primary learning mode in Plan B think is the process of elimination. For anything significant, it’s always run, break, and fix (RBF).  Through massive daily use, we have turned RBF into an artform. The must-have tool is dynamic simulation of the system in disturbance.

To achieve a social condition that will subsume castes and classes under a community of interest and purpose, human nature may be trusted to work out a gradual solution once the attempt to find political nostrums and ad hoc remedies are abandoned. The very foundation of a just society is a will to collaborate amongst its members. Will, not force, is the basis of Plan B. Elton Mayo

The values that consumers use in choosing to reject Plan B, POSIWID, do not include:

Any time you wish to learn the root cause of Plan A carnage, it’s available on this website. For some philosophy on happiness, for Plan B news.

Since so many of your systems are controlled by your subconscious mind, the controls it evolved for survival in the Stone Age obviously achieved their goal – otherwise we wouldn’t be here. There are few control techniques in the field of industrial control that don’t have working counterparts within you that work “automatically.” Social behavior is mainly about control systems in your subconscious that you consciously implement.

The real but unstated purpose of every organization is to insure that the ruling few can control the behavior of the producing many. Conformance to the wishes of others was the theme of your socialization and those who socially conditioned you were socialized to the same theme. Good intentions seldom show up as good in the obsolete socialization process in use.

The various laws of the universe that apply to process control are collectively called control theory. Engineering university is where students face the math in mathematical physics in control head on. Because of the intrinsic complexity of control theory with its looping cycles of cause and effect, most people remain unblissfully ignorant of the iron laws of process regulation.

The most common consequence of control theory ignorance is misapplication of control strategies to real-world processes. As a consequence, regulation of complex systems, like organizations, is often far below the best attainable. The more complicated the system, the more likely it is not being managed by appropriate, effective control schemes.

Because complexity increases exponentially as hierarchies get taller, the control strategies in business as usual switch from reasonably satisfactory to counterproductive. At three tiers and below, conventional strategies of bang/bang and feedback control can get the job done, good enough. With 4 tiers and above, business-as-usual control of organizational behavior is disastrous.

The control strategy best for any process, called feedforward, is seldom mentioned in polite company. Most people on earth don’t even know there is such an option. In fact, some of your subconscious systems that control parts of your body, like flee or fight situations that alert your endocrine system, are feedforward control classics. It saved lives in Stone Age society.

Feedforward control is mathematically dense, every result immediately goes into the design of the next control cycle. It includes a set of additional process variables not ordinarily used in system control. Today’s feedforward control systems, relying heavily on the calculus, are computer-driven.

Feedforward control systems are disturbance prevention techniques that look ahead to spot trouble brewing on the horizon and, anticipating trouble’s arrival, take commensurate action. Warning everyone that the dam above them just broke, for example, gives time for potential victims to scramble to higher ground.

To engineers, a beautiful thing about feedforward control is that it makes direct use of the proving-ground software developed to validate the candidate fixes. In Plan B, the model of the process and its disturbances is part of the design release regimen. You get the best for less.

Plan A is a feedback control system using obsolete algorithms. It reacts to disturbances with crisis management after they arrive and cause damage. Plan B is a feedforward control system that, looking ahead, smothers the little disturbances before they can grow into calamities. Now that exemplifies the essence of stakeholder protection.

Requirements of Plan B

The requisites for Plan B