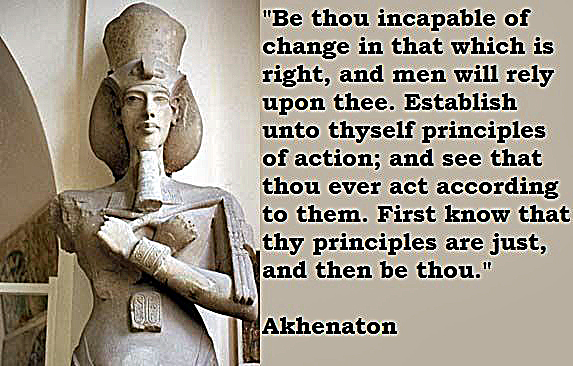 As you may have gathered, the focus of this website is human social behavior, regarding tall hierarchies in particular. Since you have to know a great deal about social behavior just to be reading this and practicing this groupthink-based social behavior is how our species made it here, you are asking yourself “Have humans advanced this far only to advance this far?”

The answer to that question depends upon how sapiens do you think Homo sapiens sapiens is. If you think social systems in the operational reality act with reasoned purpose in a manner consistent with Nature and the rules of formal logic, nothing could be gained by continuing beyond this point. Change for the better, our purpose, is included in the morbidly irrational aversion to all change. Panic regarding change is the curse of psychological infusion during social conditioning. As Robinson Crusoe illustrated when he was marooned from society and could only depend upon himself to survive, he changed tactics constantly, adapting to local conditions and thought nothing of it. That’s how, exactly, he survived.

However, if you have noticed that social systems can exhibit behavior that appears to be inconsistent with their own stated interests, you have arrived at the starting gate of enlightenment. Now, immediately, notice that you are apprehensive about following through on this path. You might learn something from the unrestrained silence-breaking that would be found out by the sentinels of society’s culture. You well know the punishments for thinking apart from herd norms, especially about those irrational ones declared undiscussable by the enemies of species survival in our ruling class.

To help you deal with this dilemma, we provide an example of ubiquitous social behavior that is at once significant to your well-being and security – and destructively irrational. The sample of entangled subconscious minds falls within a blindspot coded in our Stone Age genome. This menace to species survival has been declared nonexistent by the Establishment and its lackeys. It is strictly off-limits to science, academia, and social communication of any kind including its media. It is the biggest elephant in the room of social behavior. It’s theme is “Don’t bite the hand that feeds you.” To do so is irrational, lose lose, from any perspective.

Any social system ideology can be measured by one simple, fail-proof test. Does it produce any losers, inhouse, stakeholders or customers? If not, it’s plan B. Any social system operation that generates losers is social class-centered Plan A.

The sample of undiscussable social behavior chosen for this discussion is instantly recognized by anyone out of diapers. The person, group, collective, society, nation in a consumer/producer relationship, where the entitled consumer berates and abuses the providers he depends on to supply his basic needs, needs that he and his kind  can’t supply for themselves. What China is do doing to harm its foreign customers and suppliers is an example in the large. For China to start open warfare means death to its economy.

On the other end of the social spectrum, local and particular, it is common to find family relationships where a child abuses his parents at the same time he relies on them for food, shelter, clothing, money and rides – several times a day. Abuse is the most common reason for divorces and longing for a divorce. The same spouse who incessantly scolds and derides her mate will bring her problems to him to fix “Now,” several times a day – as if no derision had occurred. The spouse in this lose lose relationship has a choice. He can set aside his dignity, quietly fix his mate’s problems, and maintain the abusive affiliation as it progressively degenerates. Pushing back is sure-fire war to the death.

This counterproductive, irrational behavior is on vivid, ubiquitous display in bureaucracies, hierarchies, and domestic settings. It is the common denominator of politics and psychological therapists. To see this destructive behavior in play just watch any evening news using this verity as your reference. The mistreated one cannot escape contracting the victimhood syndrome.

Concealing this lose lose abomination from yourself has nothing to recommend it. Hallmark of woke culture, the victimhood syndrome you acquire will be welcomed by social media, afflicted with it as well. You become an undifferentiated element in the great human baitball formed by fearmongering, arranged by the self-deluded elite who think you trust them because you fear them.

If our species is capable of such irrational, self-defeating behavior, it is capable of condoning (approving by inaction), anything the authoritarian sociopaths dish up – to wit:

Nobody dared say that burning the witch didn’t stop the damage to society she was found “guilty” of.

Reflect that your subconscious mind is entirely capable of leading you down the path to oblivion and brilliantly regulating your endocrine system by feedforward control at the same time.

It’s impossible for you to be secure and self-actualized (Maslow) in today’s social milieu by doing nothing. By compliance to social norms, you have deliberately abandoned your inalienable rights and a shot at the benefits of acquiring social intelligence. You are being led by people in reality denial you don’t know, infused with unreliable and false information, who hold you in contempt as a deplorable, unworthy-class peon.

This sample shows why skepticism of bureaucratic proceedings is a critical success factor. While you can’t save humanity from its now-obsolete ideology, you can save yourself and bring delight into your social transactions. You must flip your aversion to change to embracing it and becoming proficient at bringing positive change into your social world.  Although to do so is taxing on your brain but it’s free, no permissions needed.

Because of the high psychological viscosity of Plan A ‘s ideology, the masses have never considered that a happy alternative to Plan A could exist. As a consequence, the population has no knowledge at all of the many huge benefits of Plan B that are impossible for Plan A to deliver, material benefits we have enjoyed for a decade. The list includes positive reciprocity, the most beautiful social behavior on earth, and an explosion of creativity by the workforce that builds competitive advantages of productivity and innovation that Plan A organizations will never match. Plan B does not automatically migrate. POSIWID