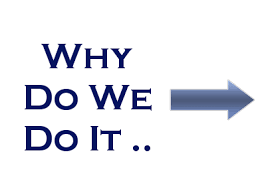 Why did we seek Plan B?

The lifetime we spent on addressing the menace of social system dysfunction attending Plan A had little to recommend it. The worst part, by far, was not knowing if Plan B was possible at all. Decades of failures provided little evidence for hope. Chronic failure changes you.

If it wasn’t for the fact we were facing this lose-lose productivity-destroying environment of Plan A every day, we would have abandoned the rigged battlefield decades ago. Although we had nothing but injuries to show for our efforts, until 2013, doing nothing about this menace to humanity was not an option we could live with. Perhaps our ridiculous sunk-cost investment in this quest had grown too big for our egos. Now, the reason we persevered doesn’t matter.

When Plan B sprang to life in 2013, the justification for our unexampled persistence in the painful process-of-elimination towards Plan B, both material and psychological, emerged in abundance. Some benefits of Plan B don’t blossom until sometime after its beachhead has been established. When several implementations of Plan B affirmed that it was generic, we began to notice the behavioral patterns intrinsic to Plan B that are seldom or never observed in social intercourse anywhere on the planet. Clearly we were – “Going where no man has gone before” and paying full price for the fun-house adventure.

One category of the Plan B signature behavioral patterns observed we call beautiful because, to us, they are. These are the patterns of win-win that automatically and instantly bring joy to everyone at the workplace and beyond. The privilege of witnessing these beautiful win win events compensates for our many trials and tribulations in giving life to Plan B. There are no lingering regrets for wasting all that effort plunging down cul-de-sac after cul-de-sac. No one before us had ever cracked the ancient riddle. We were to learn how social species, like ours, go extinct from disregarding the changes in their environment. Everything on our list is demonstrable in any hierarchy.

Angst blowdown is always first. This psychological beauty releases the internal energy supply confiscated by angst so the participant has enough free energy to hyperlearn. It comes early in the FLLP – as a whoosh. It’s like finding out you don’t have cancer after all. We experienced this sensation ourselves when Plan B ignited. Wow, what welcome relief!

Hyperlearning is reinforced when the participants find out that the silence-breaking stuff delivered by the interventionist in the previous episode of the FLLP, worked. They show up early for the next 2-hour episode a month later full of questions and war stories.

When Ca’canny, which first reverses in the keystone, starts reversing in his reports because of what he has learned and applied, productivity jumps. That seals the deal. The quality of production goes up, losses to accidents are cut in half, a ton of creativity is set free, and the workforce self-image makes a dramatic and well-deserved improvement.

When the level of trust in the interventionist rises past a threshold level, the participants let him know he has been accepted as one of them, a brother. That event is marked by kidding the interventionist in public, during an episode of the FLLP. The interventionist, recognizing the event for what it is, kids right back to signal his appreciation. From then on, nothing will be held back from discussion. Hyperlearning is amplified.

When the FLLP participants realize the program is for them personally, not the organization, attrition plummets to background levels. They want to come to work. It has become health building, like going to the gym. Their families notice the change.

Positive reciprocity, which the participants had not experienced before, starts a few months after Plan B has become settled business. Those outsiders interacting with the Plan B keystones, for whatever reason, notice the big change for the better and want in. Trusting relations develop and tangible benefits start flowing back and forth across the interface. This is a cascading consequence of Plan B and it has no limit.

By this time in the FLLP, those participants in the program who decide, for whatever reason, Plan B is not for them, take themselves out of the organization. Catbert has to do nothing.

Although the big boost to safety happened early in the FLLP, it takes time to validate that jump by the record. When the got-your-back numbers are in, everyone goes “Ho Lee Schmidt.” It was an autopilot side effect of Plan B.

The largest benefit delivered by the FLLP is to formally connect the taking of responsibility by the keystones for operational results with the autonomy to do so. The keystones are the only ones in the organization that can legitimately take responsibility for workforce productivity. Since they have no social status to lose, a very important condition, the keystones learn they are free to do what they think best, with no pushback for taking wrong turns. Who doesn’t make mistakes? Even people who do nothing are making mistakes.

By now the keystone recognizes that he is enjoying his inalienable rights. He has learned that for inalienable rights to exist they have to be proactively exercised. No one can do this for you. It takes effort and intelligence but it works. He has a name, not a number, and his reports kid him by nickname. Their unanimous choice is to call the interventionist “Doc.”

While turnover reduction allows for trusting relationships in the work crew to grow stronger, it saves considerable overhead expense in replacing and training new employees. When employees leave the company, they take their knowledge bank with them. Replacing that resource takes time and training expense and while it is taking place, productivity suffers because of it. Catbert is notoriously ineffective with reducing turnover.

Productivity increase is attended by an increase of the quality of product. The instinct of workmanship, released to do its thing, does wonders. Everyone is born with the instinct. It is allied with creativity and innovation.

The psychological benefits and the benefits of increased productivity include a step increase in job satisfaction. When the worker gets with the program his keystone assures his job is his while the keystone is employed. Employee health has taken a turn for the better. His chances of injury in an accident have been cut in half.

Administrative overhead expense has been cut by more than half. Administratively, the work team is largely self-sufficient. The stop rules of Plan B always call for noninterference by management.

The Plan A organization has never before experienced Plan B benefits. It doesn’t even know they were always there for the taking.  That’s how we measure the commanders contempt for his low-class workforce.  When the instinct of workmanship joins up with creativity, competitive advantage gets a big boost. The resources devoted to innovating advantage go up by two orders of magnitude when the workforce joins the effort. Contrary to the official position, the workers are not bereft of innovative capability and in most cases are far more resourceful than middle management. Besides, there is no upper limit on what innovations may be made. History affirms that most of the big innovations came from workers, not the academics or the ruling class. It has always been that way.

The square deal for the workforce that makes Plan B happen comes when the interventionist grants all his patent rights concerning Plan B to the workforce for exploitation as franchisers of Plan B. They serve as the model and example of Plan B for promotion. They supply the interventionist for Plan B and receive a royalty from the new franchise owner for using the process that delivers the pride of profits. Totally win win.