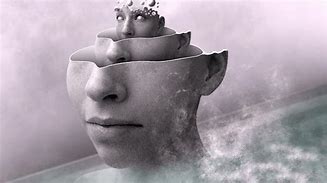 The claim for an implemented Plan B is that the windfall largesse it delivers is substantial and incontrovertible. The process transposing Plan A dysfunction to Plan B flourishing brings tangible benefits streaming from day one. The windfall of Plan B largesse, final package, has two payoff packages:

The fact that the streaming benefits of the windfall, such as slashing turnover, show up immediately, attests to the well-established fact the entire issue is subconscious-mind driven. With social behavior having no mass and nano-dispersed in the unknowable trillion neuron-matter network of the subconscious, there is no inertia to overcome. The streaming benefits are not “one off.”

Maintain the essentials of Plan B and its benefits continue without interruption. With workforce creativity and innovation talents unleashed on a voluntary basis to increase competitive advantage, the flow of benefits increases in value over time, sometimes dramatically.

The benefits of positive reciprocity, the most beautiful social behavior on earth, do not appear until after Plan B is up and running. Positive reciprocity is a virtue limited to individuals, not organizations. Governments can only reciprocate with other people’s money.

The time it takes for positive reciprocity to reach ignition is exactly the time it takes to earn the deep trust it requires, always after the fact of performance. The deep distrust prevalent at the start of life in Plan A must be displaced. High-stakes trust, a requisite of self-discipline prudency, is the umbrella and platform for Plan B.

There is no way to predict the amount of increase in social capital from positive reciprocity. Its synergy can take many paths. It is also entirely fortuitous, depending on local particulars. There is no telling how many layers of society through which positive reciprocity will propagate. In Plan B world, good news travels through the network faster than most bad news.

The extraordinary claims of the immediate kind revolve around the jump in productivity of the workforce when Ca’canny is voluntarily abandoned in favor of social status by performance  – a choice made instinctively by the subconscious mind of each worker. In effect, workers deliver their own psychological benefits by restoring the self-image they lost when submitting to Plan A domination. Their talents were parked in the straight jacket of Ca’canny.

When Plan B starts humming, administrative overhead costs plummet. The plunge reveals that over 80% of managerial efforts with Plan A were tied up dealing with consequences that in Plan B never manifest in the first place.

Employee turnover drops to background level and stays there and this is true whatever level was the Plan a norm. The evidence shows that the ideology-in-use is covariant with turnover. While the drop in turnover was anticipated prior to 2013, we did not know that safety/loss experience was also covariant with the ideology-in-use. The immediate, 50% drop in losses brought by Plan B cannot be replicated by conventional methods, such as training with rule-based regulatory agencies, no matter the size of their budgets.

Who would want to give up the Plan B freedom, prosperity, safety and security conditions and return to a toxic working environment? Health and security of the revenue crew members are making gains too large to go unnoticed. Their workmaster pledges to each of them: “As long as I have a job, you have a job.” And as Thomas Edison told his people, “There are no rules around here.” This statement announces that mistakes will simply testify that you’re trying to improve things. Criticism is replaced with praise for self-discipline’s good work. The Rogerian triad, like Starkermann’s models, works wonders every day.

The mechanisms of action of Plan B are not peopled by those into self-aggrandizement, but by men fully prepared to make fools of themselves.

The scope of claims for Plan B includes two parameters:

Until Plan B existed, there was no reference standard to quantify the realm of possible social system behaviors. Plan B serves as the benchmark for identifying what is in and what is out of the boundary of hierarchical behavior. No branch of science, no discipline comes close to being the custodian of all knowledge about human social behavior. The advancement of sociology in these matters, essentially zero, has been roundly criticized for a century, to no effect.

What happens when you deal with a system by fussing with a selection of its pieces independently? System performance gets worse. Because if the parts weren’t connected dynamically, it wouldn’t be a system. But, it is a system, an ecological system, completely equipped with a keystone species. Independent action on system components doesn’t solve a systemic issue. You cannot change just one parameter.

Until Plan B existed, no one could tally the full extent of the damage produced by Plan A. The subject itself was undiscussable and half of the damage zones were unrecognized as social-behavior related. It took us a year to finish comparing the audits of Plan A to Plan B – same organizational chart, same roster. Defining the scope and reach of social behavior for the first time was a revelation to us as well and validation work was undertaken to settle lingering doubts. We were grossly underestimating the damage Plan A delivers to health, safety, and security in Wit’s End. For example, we learned it was impossible to leave out its tight connection to the endocrine system and be objective about social behavior. Just watch any mammal species in mating season.

The Plan B vs Plan A comparison:

The first comparison is direct bottom line categories. The claim for overall direct benefit of Plan B is at least a 25% bottom-line boost in the gross organizational product (GOP). The second comparison lists those managerial activities consumed by Plan A as overhead that are not required for trust-based plan B at all. This group of attention-getters is an overhead cost of doing business for Plan A that in Plan B does not materialize. Plan A is a notorious hotbed for corruption that is a big risk to the treasury. All mature hierarchies gravitate towards corruption, including the SCOTUS.

The comparison tally shown is nominal and conservative. It is not averages. Variations below nominal are idiosyncratic and small. Variations above nominal are always across the board and large. For example, when productivity gains are over 75%, losses to waste and quality drop by more than half.

As another example, no program conceived by the safety profession ever delivered more than a two percent improvement, soon erased by turnover. Because of its high-stakes trust, Plan B drops safety losses by 50% without ever mentioning the word. The reduction persists on its own. Watching for each other’s backs pays immediate dividends. No waiting. Who knew?

Plan B ∆ Plan A Claims

The delta symbol means difference and the arrows indicate direction of change.

To get a quick, reliable evaluation of a collective’s status for yourself, go to the community where it operates and spend some time in the local lunchroom. The natives cannot be fooled by hierarchy. Since neutral is impossible, the reputation will either be real good or real bad.  You never get debates. You only get first-hand examples. The community opinion overrides all other opinions.

As mentioned, the administrative overhead tasks impacted by Plan B are significant. Plan B slashes overhead costs and releases consuming-class talent to work on business growth matters instead of crisis response to Plan A consequences. The A/B comparison below aligns with the A/B comparison above.

The advance to Plan B operations resolved many difficulties we had set aside for separate treatment. The obstructions vanished on the spot. W. Livingston

The administrative, overhead issues endlessly actionable in Plan A, conspicuously absent in Plan B operations:

Since these claims are held to be incontrovertible, you are encouraged to controvert any of them. It’s a splendid way to learn about Plan B. You will find elaboration on every item on the above. These enumerations serve as checklists for you to take to Plan B implementation sites.

A note about cognitive bias and flourishing

Nature herself is, and will remain, perfectly indifferent to its various species. That means that cognitive bias can only be a product of the subconscious mind delivered by the invariant human genome evolved by Natural selection. In Plan A you are encouraged to attempt defiance of natural law – a form of self-destruction.

Rather than having a subconscious mind that learns from the failure of its task-action choices, our subconscious it equips itself with a plausible narrative as its intellectual alibi – fakinges whatever information it needs to avoid blame for its failures. This imprudence does not stop the menace, of course, and bigger intellectual alibis will be prepared to excuse the next batch of operational failures from OD.