The cause effect toolshed 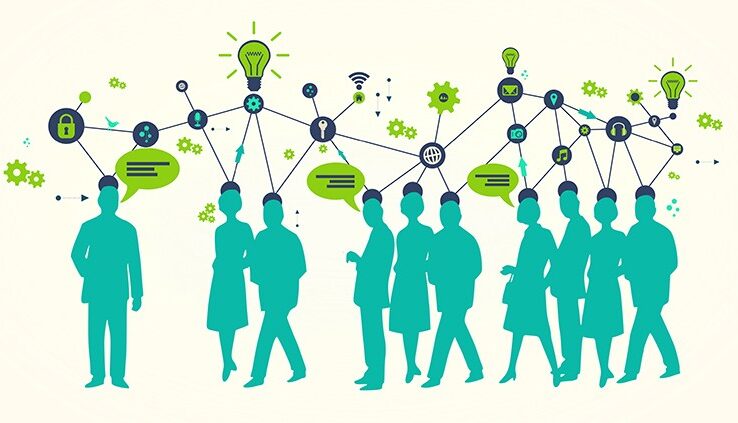 Our toolshed houses a variety of job performance aids (JPAs) for goal-seeking. The inventory of our toolroom for determining primary cause from effect data has grown over time as lessons learned from our intuition failures sink in. Disappointments in the choices made are the price of eliminating ineffective candidate fixes. While some of the tools we use to discern cause from effect also assist in going from cause to effect, the difference in degree of difficulty is genormous. In practice, the more you advance towards primary cause from effect measurements, the more you learn about the span of effects. It’s a sobering experience that teaches humility about cause and effect certainties.

While Socrates maintained that “To be uncertain is to be uncomfortable, but to be certain is to be ridiculous,” Voltaire agreed that “Doubt is not a pleasant condition, but certainty is absurd.”

If the tools hadn’t worked their purpose in field application, they wouldn’t be on the list. Of course, every one of the tools is demonstrable. Many of the C/E tools find daily use. They work 100% of the time. The payoffs are tangible.

Going down the cascade from cause to its effects encounters no organizational pushback. Workups from effect to cause encounter aggressive pushback from everyone. That’s how you know you’re gaining ground, making progress towards primary cause.

Until recent archeology in social behavior exposed some parts of the puzzle, we had assumed the universe of cause and effect (C/E), if, then logic, if, then, else logic, was so central to general discourse and the basic functions of planning, choice-making, goal-seeking, producing, and knowledge-building that the official definitions of cause and effect just had to be clear and uniform over time and discipline. When we found otherwise, that every organized discipline was barren of curiosity about C/E, it triggered action. Like prudence, this basic functionality is too important to flourishing to remain unconquered. C/E knowledge has to be falsifiable, demonstrable, and performance-measurable. There is no prudence without it.

In our work zone of goal-seeking, cause and effect is defined as the interface of a transaction in a cascade of step changes, where energy of one sort of agency, at lower entropy, is transposed to another sort of agency at higher entropy. The cascade of elements in change, where cause becomes effect is much easier to validate doing down the entropy cascade than it is going up from effect (higher entropy) towards primary cause (lower entropy). You can trigger the cause agent and record its effects first hand in the changes of parameters.

Are you really aware of the scope and impact of dysfunctional society on the wellbeing of its citizens?

Are you “satisfied” with your way of life because you think there’s nothing better you can attain by your own efforts?

What is taught in school about discovering and validating cause and effect is limited to issues where both the cause and the effect are below the mentor line (ML). The Establishment places the ML where it chooses using its financial clout, so that the causes of the horrendous consequences it delivers to society reside hidden above the permitted line of inquiry and investigation. That is why, exactly, the system sciences never got off the ground. That is why, exactly, the social sciences never get near the primary causes of malevolent organizational behavior, a failure of the responsibility its discipline has to society first voiced over a century ago.

While the amount and variety of literature on cause/effect is beyond digestion, no one offers to prove his C/E hypothesis by performance. To think the C/E spectrum of cascades can be simplified and condensed so it can be understood in the arena of action is sheer folly

The “cause and effect” coupling, the interface where action and reaction (transposition) takes place and entropy is increased, is highly significant to your way of life. Knowledge of the coupling provides basic navigational guidance for choosing your daily doings. Solving your complex problems requires complete and correct understanding of their causes and effects.

GIGO ruins problem solving chances. If your assessment of effects is based on garbage, finding the cause is impossible. For example, during the last two centuries management has attempted to control workforce motivation by financial incentives. As every attempt failed, all extrinsic motivators fail,  management responded by trying yet another mix of financial incentives.

Politicians are deliberately ignorant of C/E. They make bad choices, intentionally harming those who elected them, POSIWID.

There is no prudency without C/E knowledge and skills. What is taught in school about cause and effect is limited to issues where both the cause and the effect are below the mentor line (ML). The Establishment places the ML where it chooses using its financial clout, so that the primary causes of the horrendous consequences it delivers to society are above the line of permitted inquiry. That is why, exactly, the system sciences never got off the ground. That is why, exactly, the social sciences never get near the causes of unhealthy organizational behavior, a failure of responsibility it has to society that was first voiced over a century ago.

Science looks for a simple cause to champion a simple fix. It classifies the plausible causes it invents into groups that have known remedies. Science’s driving premise is that fixing each cause independently will restore the original condition. The record proves otherwise. Energy, climate change, pollution, pandemics, species extinction, etc.

Since C/E is a metaphysical notion, it takes evidence and cognitive effort to establish the relationship. C/E is the backbone of interpreting experiments and simulations of the entanglement. A cascade of causal dependence is a mechanism of action. To most people, forgetting the indifference of natural law, cause and effect is seen as something that can be commanded to serve their desires. It’s another triumph of hope over experience.

Data about effects, however, might correlate with other data, but it does not validate cause at the top of the grand cascade. Driven by the 2nd Law, you can measure the degradation over time, but the exact cause of the degradation is lost in the proliferation of entropy, unknowable. Reliance on your intuition to guess at causation is dereliction of duty. The definition of cause must be a mirror image of its effect.

In the search for primary cause, there can be no discipline boundaries, no mentor line barricades. All significant, unsolved issues are cross-disciplinary and have primary causation above the mentor line.

The “cause and effect” coupling is highly significant to your way of life. Knowledge of the coupling provides basic navigational guidance for choosing your daily doings. Solving your tough problems requires reliable understanding of their causes and effects.

Everything about social status revolves around your C/E knowledge and application skills to design, to solve problems. When C/E knowledge is extending up towards the origins cause, it finds the perpetrators laying down their smokescreen by directing anew how the population is to be socially conditioned. This crime against humanity is going on now.

C/E suppression is necessary to form the fear-based bait ball. Consumers have no Plan B. The fact the ruling class forbids curiosity does not alter Plan B’s importance to your way of life.

Words and their websites, as of October 2021

These numbers admit to the great importance of cause and effect in human affairs. When you delve into the information posted about cause and effect on the internet, you find a bewildering jungle of diverse views and perspectives, unsupported by evidence and demonstrability. The variety of subject matter appearing under the cause and effect banner makes it clear that no coherent treatment or definition of cause and effect (C/E), one that is subscribed-to by all the sciences and disciplines, exists. Not even Aristotle and Rousseau escape criticism. Why is it not tied to tangible performance? No one knows.

This neglect of such an important factor in your way of life is telling. Since the history of this deliberate ignorance goes back millennia, the neglect has to be intentional. Using POSIWID, the needle keeps pointing at the ruling class as the cause.

The catalog of tools we use as a preflight checklist for going from effects data to primary causation in multiplicity, the process of elimination, is a testament to our long C/E struggle to take a hierarchy from languishing to flourishing. As you can see, the requisite sociotechnology to succeed in an all-or-nothing assault entails many disciplines. Many of these practices were adopted as-is, like bloodwork. Some practices were modified to suit, like FMEA, while others, like Starkermann-based productivity, were invented out of dire necessity. Guessing better about primary cause will always be a work in progress. To get to the page of elaboration about each category, click on the category title.

The Suspects of causation

The difference in mental workload between first-level and second-level cognition is massive. The percentage of the population capable of the latter is tiny compared to the percentage of people capable of the former. First-level entitled consumers look for simple causation (e.g., greed) and simple effects (e.g., bankruptcy). Second-level producers know that success in goal seeking is never simple.

This is your chance to learn from the long experience of the interventionists. Trust us, you really don’t want to learn these tips the hard way.

Enough science has been done on intuition to persuade anyone cogent to perform triage on his intuition before acting on important matters.

Amp up your creativity to find large chunks of the unknown candidates to test. It speeds up the process of elimination.

Reserve your seat in the bleachers

Let the predictable OD follies play out without your participation. Watch from a safe distance.

As a safety move, chase down those keywords in your problem-solving domain and see what the top dictionaries and encyclopedias have to say about them. Are they logical collectively? Are all the definitions reasonably alike? Variety and generality means there is no dependable definition to express yourself effectively to others. Point the discrepancy out and demonstrate your own definition.

Whenever you build a module in OD world, be sure you can demonstrate it. If it’s not generic, don’t make it a module.

“Don’t ask them to do what they can’t!” That was a personal admonishment we received from John N. Warfield in 2002. In one command, it says we ought to know what they can and can’t do, before we ask them to do anything. Just like POSIWID, directly from Stafford Beer in 1986, it has found daily use ever since. These maxims catch our really bad choices of action from escaping the net of prudency.