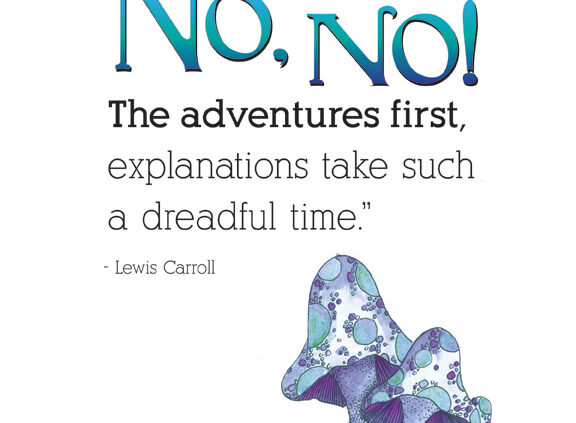 A process for learning about system dynamics

This ensemble of procedures was begun decades ago when we first realized that the problems we were assigned to solve never matched the reality we encountered. That is, the objectives given would not address the problem (cause) that triggered the assignment. Welcome to the whacky world of cause and effect. Our mantra being “you have to do something else first,” before goal-seeking, find out if the city is worth the siege. Ground truth.

The Front End has its own page on this website.

In determining primary cause from effects, it is prudent to identify the system variables that synchronize in reaction (effects) to system disturbances (causes) and the social conditions within which the values were obtained. The variables that don’t correlate get lower priority in causation. Still, there is a good chance that important effects are being overlooked.

In our experience, as an example, we never suspected that workforce safety was directly and intimately tied to organizational dysfunction until the maiden implementation of Plan B in 2013. The improvement in loss reduction caused by Plan B amounts to 50%. Conventional safety has relied on training programs for over a century to address the ever-growing safety problem. In a century of experience the gains obtained by professional training never exceeded 2% and soon returned to the norm as turnover took its toll. Insurance premiums have never gone down.

The cause of this travesty was validated when our promotional efforts to improve workforce safety via Plan B were aggressively refused by top management. You can test for that primary cause for yourself by suggesting this opportunity to greatly improve workforce health to your management. Look how many lives are harmed by this management decision.

Everything in successful cause and effect work depends upon the quality of information being processed. AQI always has its roots in ground truth. And that always means getting the truth from the Front Line Leaders (FLL) in private cheek by jowl discussions – with both watching production going on and having no time limit. Of course, the practitioner must register as trustworthy in the subconscious mind of the FLL for it to work.

GIGO is avoided at its garbage-in source. Once garbage is taken into the cauldron of information in use, garbage out is on automatic. While avoiding GIGO takes time and effort, in short order the practitioner loaded with ground truth becomes the most knowledgeable person regarding productivity in the organization. Soon he is given the label “go to man” for any challenging problems in production. Having earned that label, the interventionist accrues many benefits in cooperation and collaboration that multiply his social power.

For knowledge building in multiplicity, it is necessary to have a rack to hang the data on. While multiplicity cannot be understood, you can understand the rack. The best rack encountered so far in C/E is the Jens Rasmussen top-down breakdown going from the “vision” expressed by the CEO to the tangibles of production. Every rung going down the ladder must add up to the same system, no more and no less.

The flaw in that system of organization is that the language and stuff comprising each level is of a different kind. The top is the level of abstract, generalized functions of the system. The bottom is part numbers. To get from generalizations, the wishes of the head shed, to the material products requires an invention, a creative act (cause) of an individual.

Dr. Franceschi identified the level where the magic has to occur in 1975. The discontinuity in connectivity occurs between generalized functions and material artifacts called physical functions. The missing link is a creative act of an individual’s imagination feeding on his C/E knowledge.

The fact the FF is never acknowledged for what it is explains the classical failures in complex problem solving. In business as usual, the FF is assembled by a committee of inadequately-informed individuals that never meets until it is too late.

More details are available on the FF page on the banner menu.

FMEA is the backbone of cause and effect practice. First published in 1949 –  US Armed Forces Military Procedures document MIL-P-1629, it became standard engineering practice. It consists of introducing a cause (failure mode) into the system and evaluating its consequential effects on the system.

We developed a derivative of FMEA to quickly define just how much the decision-makers know about C/E in their respective silos. We call the generic procedure “penetrations” because it echoes the requirements of the NRC before they will approve the reactor containment vessel before granting an operating license. (Chernobyl didn’t have one) FMEA had to be done on every penetration of the containment wall, three inches thick.

From the first, the penetrations exercise was a huge success. It can be done with any group having a vested interest in the system. The neutral practitioner of the exercise takes no more than twenty minutes to create intramural bedlam among the compatriots. When they all rush to the whiteboard in self-defense, the facilitator can sit down on the sidelines and let nature take its course.

When the participants find out how contradictory the statements being made are, the exercise hits home as an embarrassment to everyone. For the first time, through silence-breaking, they are finding out their assumptions about cause and effect, their understanding of the system, were fallacious. No time limit is imposed on the exercise. It always ends by itself after everyone has spoken his mind. This exercise works 100% of the time.

Dynamic simulation of the social system in disturbance is by far the most powerful tool for developing C/E knowledge. It connects cause and effect in the hierarchy by mathematical physics. Anyone serious about finding primary cause will be modelling, simulating, and hitting the proving grounds with candidate causes and candidate fixes.

When NASA was given the Sputnik challenge to rocket the USA into space, it funded all sorts of dynamic simulations of the effects of space on vehicle orbiting and reentry. The army of people it took to engage the mathematical physics to produce reliable simulations was necessary because the computers available at the time, 1956, were far too limited in capacity to be of much use. NASA was fearful of making a bad start for reasons of cause/effect ignorance and an army of mathematicians was assembled in Ohio to model reentry conditions.

By 1986, NASA management had worked past its fear of C/E ignorance and used management prerogative, bending to political pressure, to override the available evidence about the Challenger ice-covered launch. That debacle was followed by another regarding the Columbia. Shuttle launch after shuttle launch, everyone saw the flood of foam insulation bouncing off the orbiters. NASA management chose not to investigate the phenomenon by C/E investigation until after Columbia blew up on reentry.

C/E knowledge goes hand in hand with curiosity about covariable knowledge. Covariables are how you keep track of your goal-seeking progress. All C/E knowledge is acquired from study of response to disturbances. Looking for C/E is done by asking – why the covariance?  Dynamic simulations allow you to verify covariance over a wide range of circumstances.

Rudolf Starkermann was the pioneer of using computer-driven dynamic simulations for the study of social behavior. An expert in industrial control system design at Brown Boveri in Switzerland, He used control theory to model different social relationships. It turned out that his models were far more robust and reliable than he gave credit. We spent a decade testing his simulation findings on real social systems to assure him to take on more complex configurations.

Starkermann proved time and time again that time is a critical dimension in cause/effect and it is highly asymmetrical. Plan A is fast because aggression is fast (++).  Plan B is slow because benevolence is slow (+-). There is a kind of social behavior, mutual hostility that is explosive (–).

How do you find the path that leads to better?

If the person you’re dealing with is short on C/E knowledge, Warfield’s Dictum steps in. “Don’t ask them to do what they can’t”

To personalize this you have to know about the person’s problem-solving performance record. You have to break silence and see how he reacts. Then, you can set realistic expectations. When management kills curiosity, C/E knowledge and application skills as part of its depersonalization regimen, it forms a workforce baitball that can do only one thing for itself. Giving up on C/E means blending in to the herd, following its groupthink. That marks the end of any chance for trust-building, for meaningful cooperation and collaboration. The popularity of the baitball attests to the invariance of human nature.

How can you trust someone short on C/E who is more interested in gaining authority than competency in production? How can you gatekeep your subconscious imperatives without C/E knowledge? Depending on your intuition (subconscious) to make prudent choices is abdication of your responsibility to yourself and your social systems. Learn the strengths and weaknesses of your subconscious mind and you’ll put your intuition in a straightjacket. This website is loaded with information on your GIGO-bounded subconscious mind.

Curiosity with the C/E skills to do from effects to primary cause is needed to go both ways, from cause to effect and from effects to cause. Goal-seeking entails having the specification of the effect you want and searching for causes you can apply to the system that will “make it so.” Plan on lots of system testing before you release.

Everyone on the planet was socially conditioned the same: