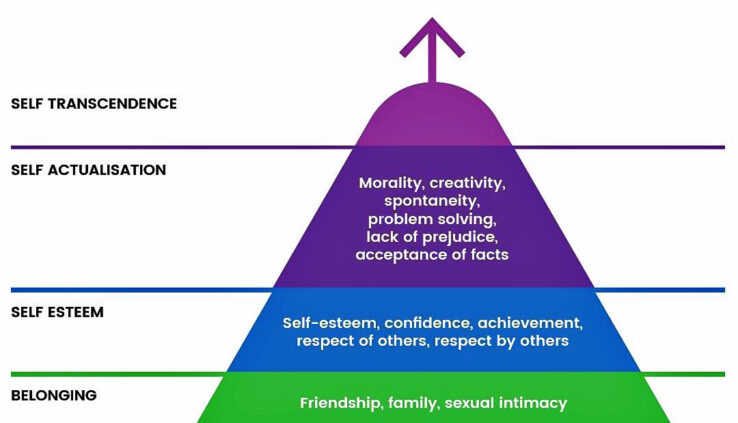 When no one is supposed to think for themselves, they cannot act with intelligence. Complicit in OD, they can no longer bear to think about what they are doing in support of the organized thoughtlessness. The organization responds to proactive MitMs with implacable hostility, keeping them in their place by threats of punishment. Victimhood becomes a way of social life.

You can operate on the values of personal morals, self-image, contributions to society, and human dignity – loyalty to your clan – or you can serve the instincts of domination of the head shed in silence. You can’t serve both masters at the same time and avoid cognitive dissonance. Your self-respect is taken away along with your inalienable rights, for no reason other than that you value them so much, making your own actions pointless.

To begin reconciliation, you need an open discussion of the very phenomenon of undiscussability. You need a safe setting to recognize the underlying truth that organizations operate on the basis of perceived power, not morality, and that you possess, by role, the organizational tangible economic power supply. Meanwhile, in the world of implementation, the operational reality of existence, the MitM faces the natural laws, monsters of indifference. Since no law of nature filters information, you can identify each discipline by knowing the variables the members tacitly opt to ignore.

When the organization creates the tension of cognitive dissonance by retaliating against silence-breaking, the organization reveals to all that it cannot stand truth in its midst. Everyone has a picture of the way organizations respond when confronted by an outspoken member who has observed organizational misconduct—and the rationalizations of its members who remain silent. It is not so much who goes outside the organization, it’s the MitM who appears to remember that there is an outside. To be a MitM, then, is to assert the social conscience in the midst of the dysfunctional organization. Understanding the inherent conflict between authoritative domination and social security helps to understand what is going on in your organization.

Once an organization loses its spirit of pioneering and rests in place, decay is the only possible outcome. T.J. Watson

A noble truth is an axiom that has worked 100% of the time in application for so long that you are no longer interested in its pedigree.

A noble imperative is a generic instruction applicable in every situation.

All the problems of the world could be settled easily if men were only willing to think. The trouble is that men very often resort to all sorts of devices in order not to think, because thinking is such hard work. T.J. Watson

Note: “Managing upward” is the subordinate finding ways to subtly manipulate his superiors in order to prevent them from interfering with the subordinate’s productive activity or to generally limit the damage done by the superiors’ incompetence.