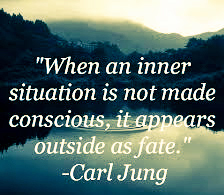 “Science” has been researching the psychological phenomena of social behavior for two centuries without a clue as to the best-attainable social ideologies and how to get and stay there. Considering the abundance of knowledge gathered about these diametrically opposite conditions, attitudes and opinions, we still wonder why so many people are deliberately choosing to be unhappy. Everything in this conundrum is entangled in value systems, your priorities for selecting your task actions.

Since sociology science didn’t derive the top down causal cascade from reverse-engineering its vast working knowledge of effects, that fact alone explains much about the grossly-unhappy state of hierarchical society today. We surmised there has to be a motivator (our guess is social standing) that ranks higher in value priority than personal health and happiness. As everything in and about this state of affairs in social behavior is psychological, our bet today is placed on “norms and values” of the culture you live in. The absence of that factor is why, exactly, Robinson Crusoe survived his social isolation ordeal intact.

Social behavior has no mass, no inertia to overcome. There is nothing to buy. There is no central control room. Social behavior is but the product of an invisible entanglement of individual, unknowable subconscious minds. Everything you witness about the engine of social behavior is intangible and some of that is eternally unknowable to boot. There are no permissions to obtain to learn about this psychological stuff about happiness. The pursuit of happiness is an inalienable right.

This website fills in many of the particulars in our ongoing quest to certify the apex causation of organizational dysfunction (OD). Every day we ask ourselves anew: “What primary system must be addressed first, upfront, before any of the other causal candidates are investigated?” This question is absolutely primary because if you get it wrong, you can’t reach the Plan B windfall.  And, the only way to find out which one is top gun is by the grueling, thankless process of elimination (POE), a royal PITA nobody wants to have to go through.

The POE is viscerally connected to the “mentor line,” (ML). If primary causation of the consequences cascade is within some discipline’s scope, it will be handled with known solutions and cease to be a problem. If causation is a system, likely to involve multiple disciplines, no discipline will engage. That’s why the POE usually has to be covert. You claim the causes are within your technology’s scope and prepare plausible excuses to explain away your failures. No matter your perspective, it’s still run, break, and fix (RBF) where the prize goes who can invent the best candidates to take to life’s proving ground. That’s why determining if the issue to be addressed is a system issue is the first order of battle.

You have to knowingly, deliberately attain the happy Plan B state before you can validate primary causation of system Plan A’s OD. Since no one before 2013 had ever gotten there, everyone was working on second order causes of OD with nothing but failure to show for their efforts.  If history had exceptions, OD would have been eradicated by now. The wreckage of Plan A is global and gigantic, wreaking far more carnage than all the wars of mankind put together – every year.

Breaking silence on the blindspot

Field explorations with operating social systems regarding the social-mind blindspot, super-significant to everyone’s way of life, are nonstop. Our curiosity about an anomaly concerning the most important functionality to Homo sapiens existence, began the quest: ‘How does context influence the choice of task actions?’ How does knowledge of the operational reality, or the lack of it, impact choice-making? Hundreds of live experiments have been conducted over the years and computer-driven dynamic simulations of social behavior, based upon mathematical physics, are in the millions.

It didn’t take long on the social battlefield (battyfield?) to affirm that the paramount knowledge and skill set for engineering a healthy, successful way of human life is routinely sabotaged by the Establishment – with the full cooperation of its socialized victims. This self-defeating, lose-lose process of reality denial, is on display everywhere, right now. Just look.

Because of its great significance to mankind’s health, welfare, and survival, breaking silence on this menace to society is top priority. You will soon realize this breakthrough, in attaining happiness on purpose, is for you. Before 2013, you and your hierarchy didn’t have a choice. Happiness is a free choice, an inalienable right, still.

The functionality crippled by the social blindspot is knowledge of cause and effect in the operational reality. In particular, it’s about your knowledge of and relationship to reality. How’s your skill in using that knowledge in application to the various challenges that emerge in the arriving future?

As prudence is the mother of all human virtues, practical knowledge of cause and effect in the operational reality is the mother of all prudent choice-making, all successful problem-solving. Current news will supply you with endless examples of governments mandating changes, intentionally clueless and deliberately ignorant about the cascade of effects those changes will set in motion. Their reaction to the unforeseen consequences their reality-denial caused? Covering up and blaming others in an endless escalation of challenge and response, they double down on counterproductive practices. How’s that strategy panning out for survival of our species? Where are the happy people in that scene?

Blindspots that conceal survival-important truth about maintaining human ecosystem viability routinely bring ecosystems to extinction – while a tunnel-visioned mankind, conscious brain off, just watches. Can you think of any functionality you exercise that is more significant to your wellbeing than your grasp of cause and effect in the material world you live in and your opportunities in the vast universe? There’s no other way to get futureproof.

How does anyone discover a blindspot implanted in the individual subconscious mind, whose express purpose is for your conscious mind to not recognize it? Using our experience in the process of elimination as guide, it takes uninfected, curious individuals noticing anomalies in behavior, e.g., The Emperor’s Clothes (Hans Christian Anderson), Toto in the Wizard of Oz (L. Frank Baum) and breaking the silence on the undiscussables. Unlike adults, silence breaking by a boy and silence breaking by a dog does not register as cultural disobedience. Just so you will know, we are very choosy about the social conditions in which we will break silence. This website is one of them. It’s not our concern that most people feel threatened by open discussion of reality truth, to inconvenient truth.

The flood of dire consequences the blindspot of cause and effect, C/E, helps deliver to mankind includes erasing any evidence that the flourishing society can exist. The calamity released by social dysfunction has causes, of course, and today the primary cause of this menace can be neutralized. While prevailing over this ruling-class travesty will always be a work in progress, to be sure, its significance for  reaching a flourishing life is far too large to withhold the knowledge so far developed. This website exists because the antidote for the dysfunctional hierarchy is in hand and you can audition that claim on before-and-after implementations in hierarchical reality for yourself.

Don’t worry about “getting it.” When the silence-breaking on this blindspot menace to our species sinks in, and it will, you will reflexively yell “Ho Lee Schmidt!” That’s how your subconscious mind announces the step improvement in your mental health to your conscious mind. You will feel the relief it brings as well.

What are mental blindspots?

To psychoanalysis, blindspot refers to the defense put up against recognizing truth about repressed knowledge which threaten the person. “The blind spot is a defense mechanism which prevents the recognition of truth about reality that would bring anxiety.” Blind spots about reality, processed through your subconscious mind, cripple your ability to distinguish right from wrong.

Psychological blindspots are engineered to purpose. They are not happenstance. True enough, nature endows you with a physical blind spot in the back of each eye where the optic cable carries light receptor data to your brain. You have a slew of unconscious blindspots other than your optical illusions. You have your auditory illusions, your tactile illusions, and your taste illusions ostensibly engineered by evolution into your genome for your survival-worthiness in Stone Age conditions. Nature also genetically endowed you with unbounded curiosity, your salvation from any failure of implanted illusions to resolve perils in the immediate occasion.

Society “leadership” learned ages ago how to infuse blindspots about reality. Local folklore and dogma about the creation of the universe, as an example, can pass from generation to generation for thousands of years intact. The Cinderella story, for one, has unique versions in 76 nations around the world, most were spontaneous. Whatever version you know did not come first.

Encounter with this blindspot menace came about because we cracked the colossal, never-before-solved challenge of transposing a languishing, progressively-degrading social system (Plan A) into a flourishing one (Plan B) and then became curious about the aggressive, hostile organizational pushback for doing so. As you will see, your necessary functionalities sabotaged by the Establishment, made undiscussable by the authorities, are the catalysts essential for a healthy and psychologically-satisfying futureproof life.

There are two barricade riddles in tandem to solve. The first one is the combination for fixing organizational dysfunction (OD). That was accomplished in 2013. The second riddle, in tandem to the first, is the hostility towards solving the first riddle. Learning the hard way, you discover that neither the perpetrators nor the victims of OD want to make the effort to displace unhappiness with happiness.

What is rendered undiscussable?

The reality-denial blindspot blocks knowing that:

The socialized blindspot in the individuals of society covers the crucial matter of change. Prudent change, a necessity for happiness, depends upon sufficient knowledge of cause and effect (C/E) and the skills of its application. In these chaotic times of global social unrest, that can be a tall order. As daily news informs you, crisis management, damage control, hindsight, is not a fix for primary causation. Blaming failure on others never solved a problem. It just reveals the consequences of reality-denial, shortsightedness and the lack of authentic outcome responsibility.

Curiosity about cause and effect are central to the process of problem-solving, discovery, and innovation – foresightedness. Anyone pushing against your curiosity about C/E is intentionally hiding something important from you. He fears discovery as the perpetrator of some crime (the imposter syndrome). C/E competency is key to understanding what’s going on, what is being thrown at you, and why you are languishing chuck full of cognitive dissonance, angst, and insecurity.

Handicaps in social transactions from blindspots